Malawi is a friendly, land-locked country located in southern Africa, bordering Zambia, Mozambique and Tanzania. It is home to one of the largest freshwater lakes in the world, the beautiful Lake Malawi, with marvelous beaches and clear water, dotted with a huge variety of colorful fish (cichlids). The Lake is paradise for those wanting a little rest and relaxation after exploring Malawi’s exciting national wildlife parks, or climbing its tallest mountain, Mulanje. Malawi is well renowned for its friendly people, excellent quality tea (visit one of the wonderful tea estates for a tour) and easily accessible cultural experiences. There are several “Big Five” National Parks which have made enormous strides in the past 20 years to now compare favorably with better known safari destinations. The combination of water based and land safaris, makes Malawi an exciting and diverse destination. Birders will delight in the over 650 species that call it home at various times of the year. English is widely spoken, families are more than welcome, and those on a somewhat limited budget will really get excellent value for money.

LAKE MALAWI
Lake Malawi is a beautiful freshwater lake that takes up nearly a third of the area of landlocked Malawi. Blessed with golden beaches and incredibly colorful varieties of fish, the lake offers very rewarding snorkeling and diving. The southern end of the lakeshore is very popular due to its proximity to the commercial capital, Blantyre. There are numerous bays to choose from and accommodations run from simple campsites and cottage rentals to the more luxurious Makakola Retreat and Pumulani. Cape Maclear on the southern end is a mecca for snorkeling and other water sports. (Note there is a risk of contracting the parasite bilharzia; make sure you know the symptoms of the disease and how to treat it.) Likoma Island at the northern end is home to the luxurious Kaya Mawa lodge, a firm favorite with Honeymooners.

MULANJE MOUNTAIN
Mulanje Mountain is located in southern Malawi 65 kilometers (40 miles) east of Blantyre; its highest peak Sapitwa reaches just above 3,000 meters (nearly 10,000 feet). There are plenty of hiking routes to choose from to enjoy this mountain, with simple huts at the end of each route. The best time to climb Mulanje is between May and October.

LIWONDE NATIONAL PARK
Liwonde National Park is Malawi's premier wildlife park with a lovely setting along the banks of the Shire River, where you can view hippo pods in the water and large herds of elephants on the side enjoying a drink and a splash. The park is 220 square miles and boasts impressive birdlife—you're very likely to see African Fish Eagles displaying their skills as well as the rare Pel's Fishing Owl. The best time to visit is during the cooler dry season from June to August, as Liwonde can get very hot and humid during the rains.

MAJETE WILDLIFE RESERVE
Majete lies in in the South West of Malawi, approximately 70km – (one and a half hour’s drive) from Blantyre’s Chileka International Airport and three hours from Lake Malawi. Majete was once a prolific wildlife refuge but by the late 1990’s most species of large game, including elephant, had been eradicated. Remnant populations of a few resilient species remained but they had been reduced to very low, and in some cases critical numbers. In 2003, African Parks Majete (APM) a non-profit organization, in partnership with the Malawian government and local communities, took total responsibility for the rehabilitation and long-term management of the reserve. By March 2012, 2,559 animals from fourteen different species had been reintroduced including the famed African ‘Big Five’: leopard, elephant, buffalo, black rhino and lion. Other mammals reintroduced were eland, sable, waterbuck, nyala, hartebeest, impala, zebra, warthog and bush pig and in late 2018, Majete received its first ever population of giraffe (thirteen in total). The introduced animals have been thriving and breeding well and current estimates put the total population of mammals over 11,000. Safari activities available to visitors include boat safaris on the magnificent Shire River, as well as safaris by vehicle and on foot.

ZOMBA PLATEAU
Zomba Plateau offers incredible views, waterfalls, dams filled with trout, and a lovely respite from the heat. The 6,000-foot plateau is located in Zomba, the lively former capital of Malawi. Most visitors will spend a day or a couple of nights and enjoy hikes along wooded paths; a favorite view is the "Queen's View." You can take horse rides down nice trails from the long-established Plateau Stables. The best way to get up to the plateau is by car or taxi; it's a long steep walk otherwise, and the rewarding hikes are really at the top of the mountain anyway. The nicest place to stay is the Sunbird Ku Chawe Inn at the mountain's edge.

THYOLO TEA ESTATES
Tea has been grown in Malawi since 1908 and the primly trimmed bushes (actually, trees) give the whole Thyolo (pronounced Cholo) area the appearance of a neatly kept huge garden. The Satemwa Tea Estate is probably the most popular to visit, with an intriguing history dating back a century. As well as plenty of opportunities for walks and hikes around the scenic estate, Satemwa offer tea tasting sessions where guests can visit the factory to learn how the tea is grown, dried and prepared ready to sip, followed by a wonderful display of a variety teas and pleasing aromas. The Thyolo Forest Reserve is also a haven for walkers and birdwatchers and offers a fantastic terrain for those wishing to pedal around on bicycles.

NYIKA NATIONAL PARK
Just over 60 years ago, the northwestern part of Malawi—an area of 1,250 square miles known as the Nyika National Park—was so unknown to the British (who were in charge at the time), that they sent explorer Laurens van der Post to report on it. He turned his mission to this vast escarpment into a best-selling book "Venture to the Interior," describing the beautiful high rolling hills of grasslands dotted with zebra, antelope, orchids, and butterflies that make Malawi's largest national park well worth visiting. Hiking, mountain biking, and horse riding are the principal activities here. 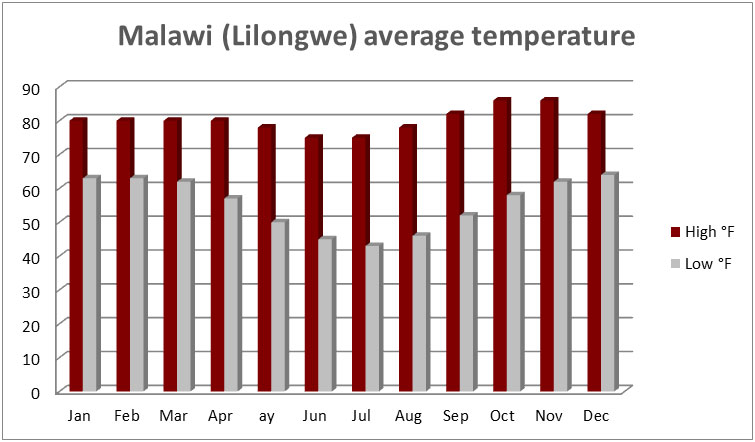 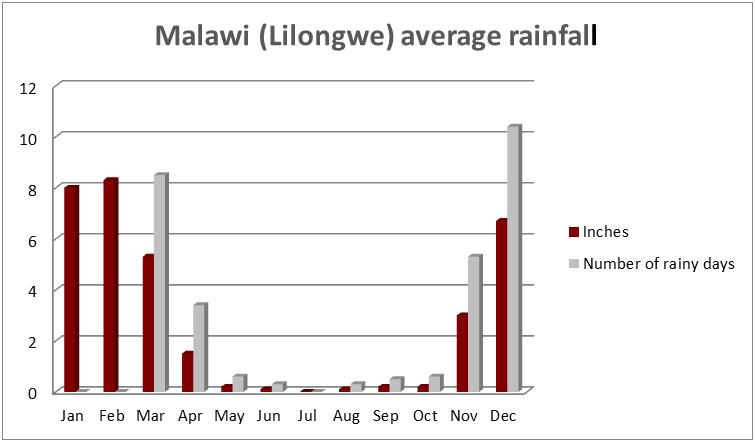 You will start your exploration of Malawi with 3 nights of safari, after a quick 2 hour drive from Chileka Airport in Blantyre. You'll stay at Mkulumadzi luxury camp in the Majete Wildlife Reserve, and enjoy game drives as well as river cruises and walking safaris. With just 8 chalets in this large private concession you are guaranteed an amazing and unique wildlife experience. Your next stop is an overnight at the Satemwa Tea Estate, a wonderful break in your safari journey. You can stretch your legs, taste some of the best tea on the planet, and cycle around the picturesque rows of tea bushes with Mount Mulanje as your backdrop. Liwonde is your next point of call, one of Malawi's premier national parks, is now home to a significant black rhino population as well as many other mammals including elephant, lion and cheetah. Mvuu Lodge overlooks a tranquil lagoon, in an area surrounded by lush vegetation and towering Borassus palms. Wake up to the sound of fish eagles calling, enjoy twice daily game drives, Shire River cruises and bush walks. After a week of safari, you'll be looking forward to the Robinson Crusoe part of your vacation. Mumbo Island Camp, accommodating just fourteen guests, features tastefully furnished tents with shaded decks, hammocks, hot bucket showers and ‘eco-loos’. Mumbo Island is a pristine tropical island in Lake Malawi, surrounded by a maze of massive underwater boulders, innumerable species of colorful cichlid fish and calm, clear water, ideal for snorkeling and diving enthusiasts. Your final night in Malawi will be in the capital city of Lilongwe, staying at the art inspired Latitude 13° Hotel.

Malawi is known as "the Warm Heart of Africa" and your adventurous family will love the variety of experiences on offer in this land-locked southern African country, as well as its friendly people. This 10 day itinerary combines 3 days of safari with 2 days of forest hiking and 3 nights on a pristine island in the clear fresh waters of Lake Malawi. All the accommodations are in family friendly rooms at very comfortable lodges, with excellent meals and activities included. Transfers are with your own private driver and vehicle, no long waits at dusty airstrips! We've designed the itinerary to avoid long drives in between the destinations, with plenty to do on arrival for all ages. This is one of our most affordable safaris, and offers a wonderful introduction to all the highlights that a trip to southern Africa entails. Easy to combine with an extension in South Africa, Zimbabwe or Zambia.