One of the newest tourism destinations in Southern Africa has come alive. Mozambique has a beautiful (1,500 mile) coastline with abundant islands and picture perfect beaches and reefs. Mozambique’s wildlife is slowly recovering from several decades of civil war, its national parks offer stunning landscapes with increasing numbers of animals: Banhine, Zinave, Gorongoza and the Maputo Elephant Reserve. The coral reefs of Mozambique are some of the world’s richest, making the country a haven for snorkeling, diving and sun bathing. The cosmopolitan existence of Mozambique started well before the first Europeans arrived in the region. Arab sailors are thought to have been trading with Mozambique prior to 600 AD, bringing spices and architecture into the country. With the combination of Portuguese and Arab, as well as African influences, Mozambique offers one of the greatest combinations in culture and architecture on the African continent. Mozambique is a diamond in the rough offering simple pleasures in stunning surroundings.

BEIRA
Beira is Mozambique’s second major port located at the mouth of the Pungwe River in the central region. In the heart of the city is the square of Largo do Munincipio, surrounded by old colonial buildings, terraces, tea rooms and shops. The cathedral, erected in 1925, was built partly from stones from the 16th century Fort of Sofala, which has since been submerged under the sea. Other buildings of note are Casa Portugal, built in typical colonial style, and the magnificent Casa Infante de Sagres. You’ll definitely want to spend some time in the lively markets – the Mercado do Maquino is famous for selling traditional potions used by local healers – and a visit to the shipwreck near the lighthouse is also worthwhile. Beira’s best beaches are found between the Cube Nautico and the lighthouse. Six Miles is a resort situated about 6 miles from the city center. It consists of an artificial lagoon with islands, where visitors can swim or hire pedal boats.

BAZARUTO ARCHIPELAGO
One of the most popular tourist areas in Mozambique is the Bazaruto Archipelago consisting of four islands – Bazaruto, Benguerra, Margaruque and Santa Carolina. They are situated just off the mainland, but 470 miles from Maputo, and are accessible by dhow from the town of Vilanculos or by private air charter. Activities on the islands revolve around every form of motorized or non-motorized water sports including water skiing, parasailing, and wind surfing. Deep sea fishing expeditions, and rock, surf and fly fishing are also on offer. The Mozambique Channel is well known for its trophy sized marlin, kingfish and sailfish. Mako, wahoo, serra, yellowfin tunny and queenfish are also regularly caught. The archipelago’s coral reefs and clear waters are a magnet for snorkeling and scuba diving fans, where night and wreck dives are also offered. And the rugged terrain of the archipelago combined with its natural beauty, make it an ideal place for hikers. The Bazaruto Archipelago is a bird watchers paradise, with 164 different species identified. Benguerra Island alone is home to 115 different types including the rare crab plover, the olive bee eater, green coucal and narina troga. The varying habitats throughout Mozambique account for its incredible wealth of bird life with more than 900 species recorded. Marine life includes the most spectacular of marine mammals, the dugong, and several types of dolphin. Humpback whales can be seen during the summer months. Land animals include the small suni and duiker antelope, which have recently been re-introduced to the island. 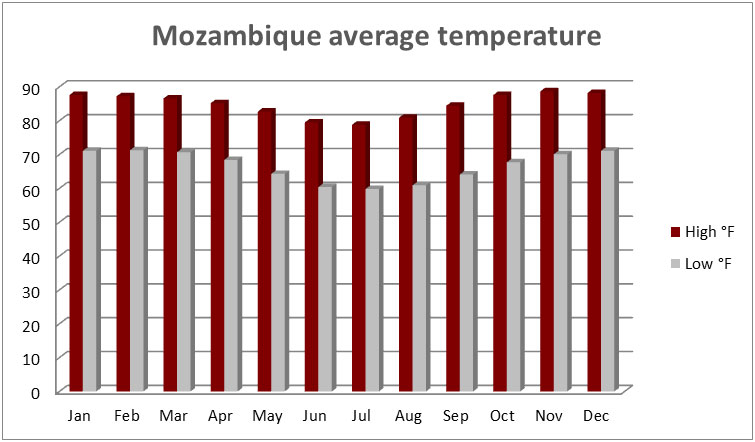 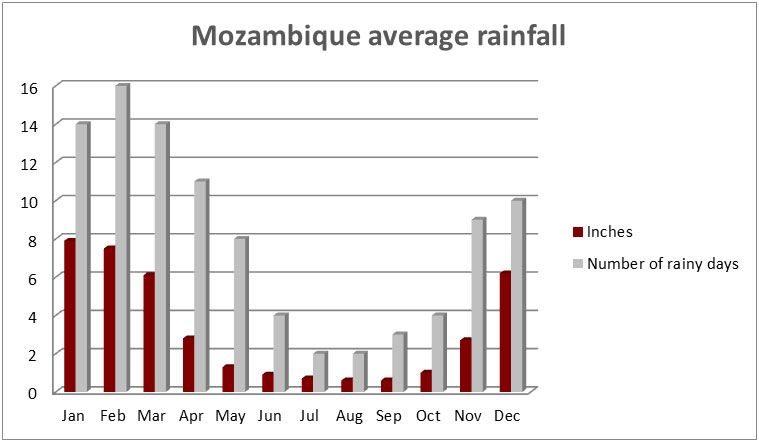 The tropical weather and lush vegetation of KwaZuluNatal make this region a wonderful starting point for seasoned travelers to South Africa. Standing proud on Umhlanga’s beachfront, overlooking the historical Umhlanga lighthouse, The Oyster Box has long been one of South Africa’s best-loved and most distinguished hotels. Enjoy the beautiful sunrises over the Indian Ocean during your stay. We have included a full day excursion in and around Durban, learning about its unique history and cultures, including the Zulu Kingdom and the influences of the region's Indian population. From Durban, travel north to the beautiful Phinda private reserve, which encompasses over 70,000 acres of prime Big Five wilderness, with a wide range of habitats including dry sand forests, wetland systems and mountain ranges. Clients will enjoy 4 nights at the stunningly beautiful Phinda Forest Lodge, and the opportunity to enjoy a myriad of wildlife experiences - catch a glimpse of the shy suni antelope, track rhino in the bushveld, observe breeding herds of elephant in fever tree forests, hold your breath as a cheetah teaches her cubs to hunt, glide past hippo on the Mzinene River and marvel at the gracious nyala (the reserve is home to more than 3 000 of these rare antelope). This itinerary concludes In a tranquil setting on a private beach, at White Pearl for 4 nights - a luxury all-inclusive resort overlooking the Indian Ocean. It is a perfect spot to unwind and dust off after a safari, soak up the African sun and simply relax. Enjoy excellent snorkeling and diving in the warm crystal-clear waters of the Indian Ocean or perhaps swimming with dolphins.

Your safari begins in the game rich Sabi Sands, an area of private reserves bordering Kruger National Park. The 24,000 acres of Savanna Private Game Reserve teem with a wealth of species, from the Big 5 to cheetah, hippo, wild dog, crocodile, as well as plains game and over 400 bird species. Resting in the warm Indian Ocean just off the coast of Vilanculos in Mozambique, the Bazaruto Archipelago forms part of a protected marine park and consists of five idyllic islands, including Benguerra. These small, sandy and exquisitely beautiful islands feature some of Africa’s best beaches as well as a number of large dunes and freshwater lakes. After a direct flight from Kruger and a short hop by helicopter, you reach the spectacular Benguerra Island Lodge, where you can enjoy a variety of water and land based activities or simply relax on the beach with views of the Indian Ocean.