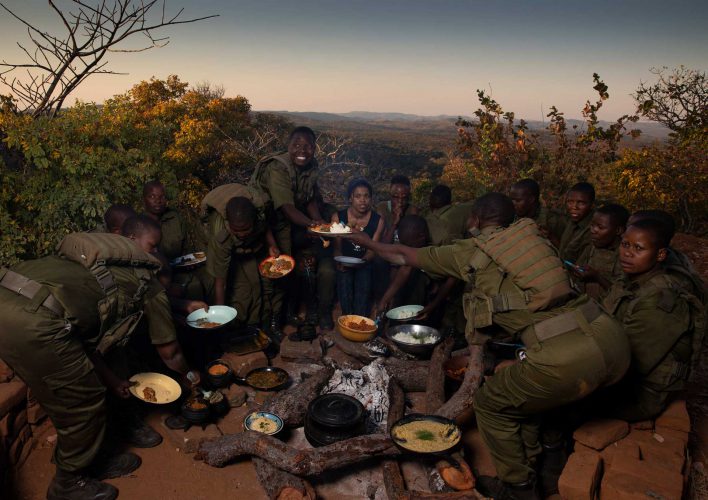 In 2017 Damien Mander, founder of IAPF (International Anti Poaching Foundation) and former Australian Special Forces, came up with the idea of training women to be wildlife Rangers.  An article in the NY Times in early 2017 about the US Army Rangers putting women through training for deployment inspired him to consider how women could contribute to the ongoing conservation battle in sub-saharan Africa. Ten years earlier his convoy was hit while on a mission in Baghdad and they were rescued by the US Army Rangers.  He figured that if the unit that was good and gracious enough to save his life was deploying women to be Army Rangers, then maybe they could be wildlife Rangers as well.  The innovative task force he founded, called the Akashinga (meaning ‘The Brave One/s in local Shona dialect) initiative, is an all-female conservation program in Zimbabwe.  These wilderness areas are currently the only nature reserves in the world to be managed and protected by women. By shifting the male roles to construction and labor and putting women into the power roles of law enforcement, management and decision making, the program has been successful in completely de-escalating local tension, and has brought conservation and community together. 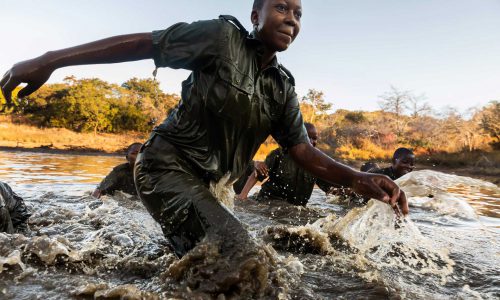 The program focuses on re-appropriating trophy hunting wilderness areas in Africa that are being left vacant as the hunting industry has a downturn due to less business and shrinking wildlife populations. Collectively these areas across Africa are the size of Texas. They have equal biodiversity importance as national parks, and generally greater strategic importance as they surround national parks and border communities. The Akashinga model provides an economic alternative to hunting, which has proven effective with women at the center of the strategy. This involves acquiring long term leases (up to 50 years) and managing these areas with the local community as a growing platform for empowering and educating women in rural Africa.

Since its inception, the Akashinga women rangers have helped drive an 80% downturn in elephant poaching in Zimbabwe’s Lower and Middle Zambezi Valley, one of the largest remaining populations left on earth. The concept has now taken off and the project has 7 parks totaling 1.6 million acres under contract, and is in the process of training 240 more women for full-time positions as they hope to scale towards 1000 rangers and a portfolio of 20 parks by 2025. 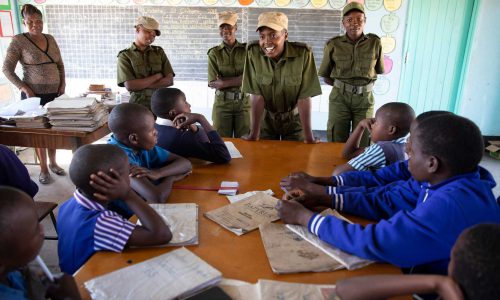